Hey, can you introduce yourself, and your role at Stadia?

When did the idea of Stadia Makers start?

The idea for Stadia Makers came as we looked at ways to expand developer access to Stadia, but we wanted to do so in a way that was both scalable while also recognizing that Google is new to gaming and especially new to working with independent developers. So we looked to Unity who has a long history of working with great game developers and who could work with us to provide a scalable technical support solution as developers start making games for our new platform. We then worked directly with developers to understand what else they would need from us to help bring more games to Stadia. What we heard was - perhaps bluntly - money. So we’re funding some of the porting efforts that go along with bringing a game to Stadia as well as pitching in some free development hardware to our Stadia Makers partners.

Independent developers are some of the most passionate and creative game makers in our industry. They push boundaries and take risks to push us all forward, but they need support in order to do so; especially to bring their games to a new platform like Stadia. Stadia Makers is our response to that need.

Can you share some metrics about Stadia Makers? Number of studios included, the goal, the amount of money granted (total, average...)

With seven developer partners revealed and more than 15 games already part of Stadia Makers, we’re looking forward to expanding the program to pave the way for development teams of all sizes to bring their titles to Stadia. Since Stadia’s launch in November 2019, 91 games have been published on the Stadia store and we’re looking forward to many more coming soon - including the games revealed within the Stadia Makers program.

What would be your advice for a studio who would like to join Stadia Makers?

First and foremost… make something awesome! Independent developers are great because they take risks and push games in new directions, but a great game is a great game at the end of the day. And because we aren’t asking for exclusivity or any special Stadia features as part of Makers partnerships, we’re really just looking for awesome game content.

Other “fine print details” include: Eligible developers need to be building their game on Unity 2019.3 or later and expect to ship in 2020 and 2021 on Stadia alongside other launch-day platforms. Benefits include technical assistance from Unity, free Stadia development hardware, and some funding from Stadia.

I see in the list you shared Monday that we have both new games and already launched games. Can you share more about the process to select the participants?

Applying for the Stadia Makers program is straightforward and simply requires the developer to fill out an application on stadia.dev/apply. After a first vetting phase, the game or pitch is evaluated by the Stadia team and if chosen to move forward we talk to the developer to agree on the terms, and support them through launch.

We only ask that developers ship the 1.0 versions of their game on Stadia alongside other platforms as well as the Unity build requirements I mentioned previously.

Can we expect exclusive games developed with Stadia Makers?

The Stadia Makers program is designed to support developers in adding Stadia to their list of launch platforms, not to exclusively launch on Stadia. Stadia has already revealed games that are exclusive to the platform, including GYLT, Orcs Must Die! 3, Super Bomberman R Online, Outcasters, and more to come.

What's the level of advancement needed in a project to be able to apply?

All projects are different and all teams have different needs. We have a standard set of partnership terms and support for each title in Stadia Makers, and if that works for the developer, then we should be able to find a way to work together.

I will say, it’s more about the team than it is about the state of the game. If something is extremely early, even in the concept phase, and the team has shipped on a number of different storefronts before, has had solid success, and our support works for their needs, then we’ll find a way to work together.

Can you describe how Unity is involved in the Stadia Makers initiative, and why you decided to do this partnership with them?

Unity is a team with a long history of building new platforms and gaming services hand-in-hand with the developer community. They’ve worked with thousands of game developers over the years, and today, power 50% of all new games with optimized support for Stadia and more than 25 other platforms.

Our partnership with Unity translates into key benefits for developers accepted into Stadia Makers, including technical assistance from Unity, free Stadia development hardware, and some funding from Stadia.

Is Stadia Makers acting as a publisher, overseeing the games, or the studios are free in terms of content and deadline?

Stadia Makers is not a publisher for these games - instead, the program is providing these independent studios with resources and support to launch their games on Stadia at the same time as other platforms. As a result, the studios have full control over the content and timelines they pursue.

Something to add, in conclusion?

I’ve talked a lot about Stadia Makers as a program in this interview, but without our development partners, Stadia Makers wouldn’t exist. So I want to say thank you to them. Stadia isn’t just a new platform, but cloud gaming at this scale in the market is a new concept. So thank you to the game developers who have chosen to work with us and for trusting Stadia as one of the homes for their games. It means a lot to all of us at Stadia and we’re really excited for what the future holds. 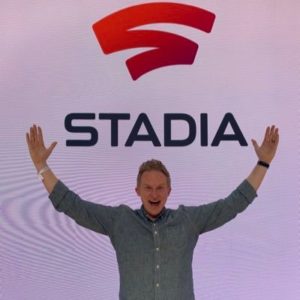 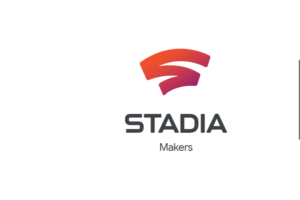