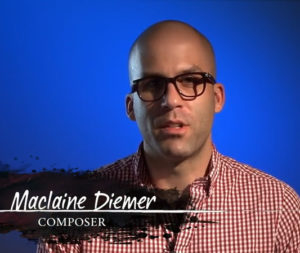 My name is Maclaine Diemer, and I’m the primary composer at ArenaNet. I’ve been writing music for Guild Wars 2 since just after the game launched in 2012, and I just finished up the soundtrack for the latest expansion, Path of Fire, at the end of this past summer. At the moment, I’m actually in a café, and there’s some very nice and soothing jazz playing over the speakers. It sounds like a quartet with piano, bass, drums, and trumpet. My phone is telling me that it’s David Benoit.

I’ve been making music in one form or another since I was very young. I started on the trumpet when I was around 8, then guitar at 12. I went to college to study music, and learned to play the piano there. I also studied songwriting, studio recording and production, synthesis, and some other odds and ends, but I never actually studied film scoring or writing for an orchestra while I was there. I spent most of my 20s touring around the US in bands trying to be a rock star. It wasn’t until the last 5 years or so that I really began to work on writing orchestral music. It’s something I felt inside that I could do, and it’s taken a lot of work study to feel even slightly competent at it. I still feel like I’m learning and growing every day.

I was interested in writing music for games as I was graduating from college, but like I said, I spent most of time pursuing my rock and roll dreams immediately after I graduated. When it was time to switch gears, video games were the first thing I thought of. It seemed like such a fun and unique industry to try to get into. One of the last bands I was in also had a member who was a programmer at a game studio called Harmonix Music Systems in Boston, Massachusetts. He knew I was interested in games, and he sent my resume to the hiring manager there. I got hired, but it was primarily as a sound designer and not a composer. I was perfectly happy doing that, since it seemed like I’d never figure out a way to make a career making music. When I was ready to leave Boston and Harmonix, I started looking at game studios all over the world for a sound designer position. ArenaNet was the only place that got back in touch with me after I submitted my application, and I was happy to move to Seattle to work there. The composing opportunity fell in my lap after a couple of years there. They were looking to hire a composer that would work in the office, rather than someone on a contract basis that worked remotely. I was originally asked to put together a list of potential composers to reach out to, but it seemed like such a rare opportunity, so I ended up just asking them if they would let me give it a shot. They agreed to let me try to prove myself, and I guess they were happy with the results, because it’s been five years and I’m still writing music for the studio!

It can be all of those things, depending on the piece. Guild Wars 2 and its expansions are such gigantic games, that the whole studio has to kind of work on it all at once. That means that a new map or story quest might not be totally done by the time I need to come in and start working on music for it. If that’s the case, I’ll talk to the designers and writers as much as I can to get a feel for what kind of emotion or tone they want to convey. I’ll also look at concept art as much as I can. The artists at ArenaNet are so incredibly talented, I can always find some inspiration in their work. If the content is far enough along, I’ll either play through it myself, taking screen shots along the way and maybe writing down notes on things that stick out to me, or I’ll have a meeting with the designers and they’ll run through it while we talk about musical direction.

I tried to take inspiration as much as I could from the real-world areas that much of the world and character designs are based off of, like Morocco and North Africa in general, as well as parts of the Middle East. There is a wonderful musical tradition in those regions, and that led me to instruments like the ney and duduk, which are ancient woodwind instruments, as well as really cool percussion like the djembe, riq, frame drum, and hammered dulcimer. There’s also an orchestral tradition that is sort of a short hand for “desert music” in the western world, from movies like Lawrence of Arabia or The Mummy. Some of that is also in the type of pop music you hear in the Arabic world, with the way the string section plays and some of the scales that are common in that world. A lot of the stuff we were doing on the soundtrack is well trodden territory in other movies and games, but it’s fairly new for Guild Wars, and it just instantly gives you that feeling of desert adventure, which was the most important thing.

Stan and I have worked together going back to the very first batch of post-release content for Guild Wars 2. We collaborated on some music for the first Halloween release, and he wrote a couple of pieces for the Lost Shores event. We’ve also worked together on every batch of music that was recorded live. He does the orchestration for me, which means he takes my demos and helps to turn them into the scores that the orchestra plays from on the day we record. His help is essential in making the music for the game a reality. Wilbert and Brendon are a new addition to the musical family, and I asked them to help me out with the combat music. I don’t think writing combat music is a strength of mine, and I’m very slow at it, so I thought I’d bring some folks in who I thought could do a better job. I think they really nailed it! There were a few pieces where they would start with a melody or bit of thematic material that I had written, but they would take it and expand it in ways that I hadn’t imagined.

All three of those guys live in Seattle, while I live in San Francisco, so we mostly had to communicate via email. Occasionally I would fly up to Seattle and we’d meet up, but composing music is almost always a solitary job, so even if we all lived in the same city, we’d still be alone in our studios the majority of the time. Fortunately, they’re very easy and communicative collaborators, so the distance between us all was no problem.

I think the writing of the music was about as easy or difficult as writing for Heart of Thorns was. Maybe a little bit easier, because I started on Path of Fire a bit earlier. I also moved from Seattle to San Francisco right in the middle of writing the Heart of Thorns soundtrack, and even spent a couple of months in temporary housing, which was like a kind of furnished apartment or hotel suite, so there were times where writing for that game was REALLY challenging. What made Path of Fire a bit more difficult is that it took the most amount of time and lots of careful planning to put all the pieces together into the final soundtrack. For my music, we recorded an orchestra in Germany first, followed by some instrumental soloists in Germany and Hungary. Then we recorded lots of live percussion (a first for Guild Wars) in Los Angeles, as well as a flute soloist. I also had some synthesizer parts and sampled percussion in my music that I worked on in my studio. For Stan, Will, and Brendon’s music, they recorded some live strings and choir (another first) in Seattle at two different studios, Stan recorded a flute and French horn player as well, and Will and Brendon recorded their own additional brass and percussion soloists on top of their music with some players located in different cities in the US. Then, at the very end, all of that was mixed by an engineer in Seattle. There were so many stages in the process where I had to be extra careful to make sure I was keeping track of everything and had to reassure people at the studio that it was all going according to plan and that it would be done “soon”. I’m amazed there wasn’t anything that got forgotten or slipped through the cracks along the way, but ultimately it all came together in what I think is the strongest Guild Wars soundtrack yet.

This is such a tough question! I think the piece I like listening to the most is the one called A New Journey. It was the very first piece I wrote for Path of Fire, about a year and half before the launch date, and I just think it’s really simple and pretty and captures the essence of the game really well. I like things that move slowly and are allowed to breathe, and the orchestra played it so marvellously.

I wish I had some new music to share with you, but I’m still recharging my creative batteries a bit after such a busy year and a half working on Path of Fire. There will be more soon, though, I promise! Thanks to all the fans who play the game and support us, and especially the fans who take the time to listen and appreciate the music. It’s the most rewarding part of the job. 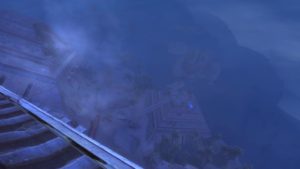 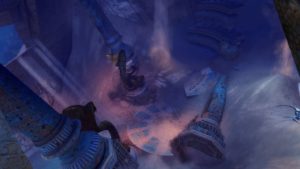 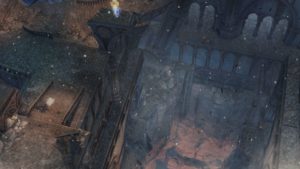 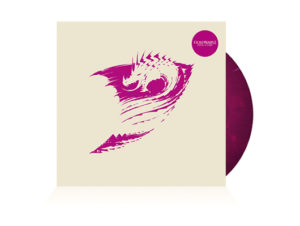 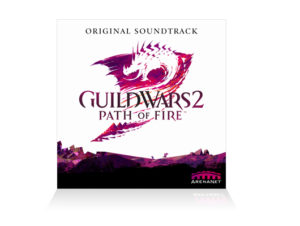 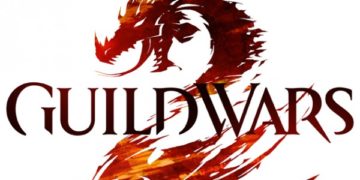